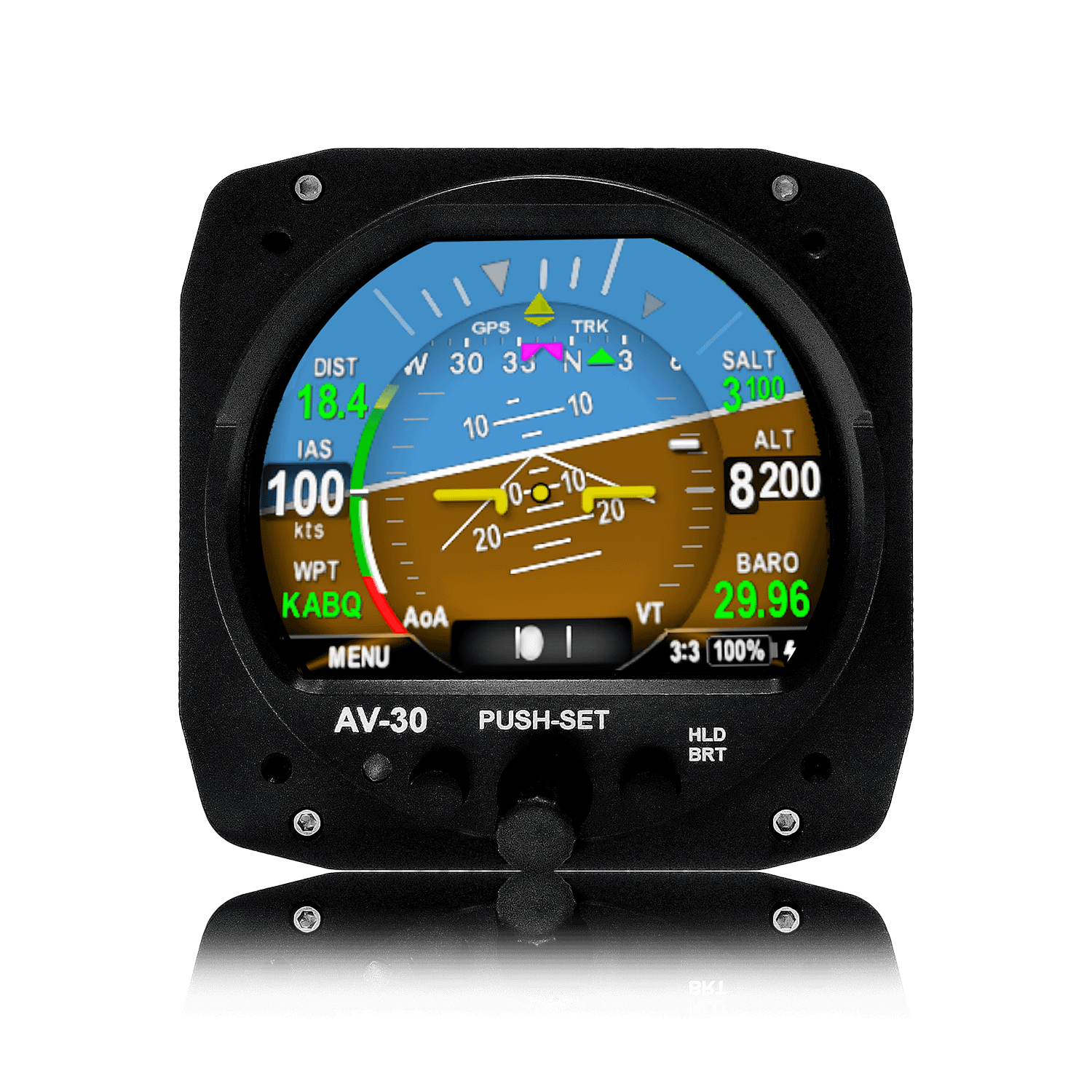 How to use push to connect pneumatic fittings

Please review the AV-30-E frequently asked questions prior to submitting a support ticket or placing a phone call.

Which aircraft are on the AML?

The current AV-30-C AML applies to Part 23 single-engine aircraft operating under 200kts.  You can access both searchable and downloadable versions of the AML on the AV-30-C support page.

What are my options if my aircraft is not listed on the AML?

The current AV-30-C AML applies to Part 23 single-engine aircraft operating under 200kts.  We have tried to include as many of the applicable aircraft as possible.  If your aircraft is not listed on the AML but does fall within the AML limitations, you may be able to obtain a field approval from your local Flight Standards District Office (FSDO).  We’re also interested in adding more aircraft to the AML.  Please send us the model information via this form.

What is required for an AV-30-C installation?

The AV-30-C holds an STC-PMA with AML. The installation must be performed by a licensed aircraft technician and a 337 must be submitted as part of the installation. The AV-30-C ships with the AV-30-C, DB-15 connector, DB crimps, and a backshell for the DB connector. The DB-15 connector needs to be populated with pins based on the functions desired for the specific installation. If the aircraft is IFR certified, the pitot/static system will need tested and certified after the AV-30-C is added to the system.

Will the initial STC have autopilot compatibility?

No, the initial STC will not have autopilot capability.

Autopilot integration will be accomplished in a phased approach. The initial autopilot support will be for STEC systems (which have their own roll/pitch source) and allow the heading bug on the AV-30 to drive the heading datum input on the autopilot. This interface will be accomplished with the APA-MINI converter. Follow on autopilot integration will occur over time, with most likely the Century systems first. These interfaces provide roll and pitch, in addition to the heading datum, to the autopilot. This interface is accomplished with the APA-10 converter. The APA-10 converter also provides ARINC 429 interface capability, which allows full vertical and lateral deviations from a digital navigational radio to be displayed. The AV-30 display component is provisioned for these interfaces, but will require a software update with the applicable autopilot adapter becomes available.

The AV-30-C is approved as a stand-alone attitude indicator, directional gyro (dual unit installation), slip-skid indicator, and as the required backup in an EFIS installation.

If the installation configuration leaves no instruments that require a vacuum source, the vacuum pump system may be removed from the aircraft via a 337 field alteration process. The procedure for removal of the vacuum system is aircraft specific and beyond the scope of the  AV-30-C Installation and STC approval.

What level of GPS integration is supported?

The AV-30 provides an RS-232 receive line for “aviation” or “moving map” output provided by virtually every panel mount GPS navigator in service. This data is broadcast by the GPS navigator and no data is sent from the AV-30 back to the GPS unit. NMEA is also supported, which is output by most hand-held GPS units. NMEA protocol supports baud rate speed of 4800 and 9600, while “Aviation/moving map” protocol is fixed at a 9600 baud rate.

This data can be overlayed in the textual fields as desired and is used to create the compass rose (GPS Track), moving map display (ARC Mode), and create the GPS HSI presentation when the AV-30 is operating as a DG instrument. When operating as an attitude indicator, it can drive the direction tape and provides a bearing-to indicator.

The AV-30 does not currently support vertical navigation display, but this feature will be introduced with the APA-10 autopilot interface box.

AV-30-C is not approved for primary IFR GPS navigation.  The AV-30-C is approved for installation as a primary Attitude Indicator or primary Directional Indicator.  The AV-30 is capable of receiving serial GPS streams.  When connected to an external GPS navigator or hand-held, AV-30 operates as a repeater display. The data provided includes current waypoint ID, distance to destination, ground speed, cross-track error, desired track, and bearing to waypoint.

How is “Probeless”Angle of Attack Determined?

For example, during a climb, if the pitch angle is 10 degrees up, and the aircraft’s flight path through the air (forward airspeed and vertical speed) is also 10 degrees up, the equivalent AoA is 0 Degrees. However, if the flight path angle through the air is only 7 degrees, then the equivalent AoA is positive 3 degrees as the wing is no longer able to maintain full lift.

Therefore, no dedicated AoA probe is required – only internal inertial and pressure sensors (8 in total). Connection to the aircraft’s pitot static system is required.

Does the Probeless AoA behave exactly like the probed system?

Yes and no. During the majority of flight conditions, they are equivalent. However, during conditions where the aircraft is moving through a mass of air that has a vertical component, the behavior is slightly different.

As vertical updrafts are rarely of concern, the scenario to look at is the downdraft during final approach. In this environment, the aircraft will sink at a rate that is not consistent with the aircraft pitch. As the algorithm utilized compares the aircraft pitch to the actual flight path through the air, this will result in an artificial positive AoA (see diagram).

A downdraft that forces a sink rate of -1000 FPM will effectively increase the current AoA by approximately 5.6 degrees (this is speed dependent).

In effect, this makes the AoA thresholds more sensitive and an alert will be generated earlier than normal – but that’s a good thing in this scenario.

Interestingly, if taken to the extreme, the probeless AoA system actually starts to behave like a wind-shear alerter and any downdraft that is sufficient to cause excessive pitch vs flight path angle will generate an alert – it’s effectively a sink rate alert at that point.

In a probed system, as the probe is only measuring ambient air angle and loss of altitude is not measured, this arguably advantageous behavior is not available.

Does the AV-30 support a magnetometer?