Why Bluetooth is a Bad Idea for Drone Remote Identification 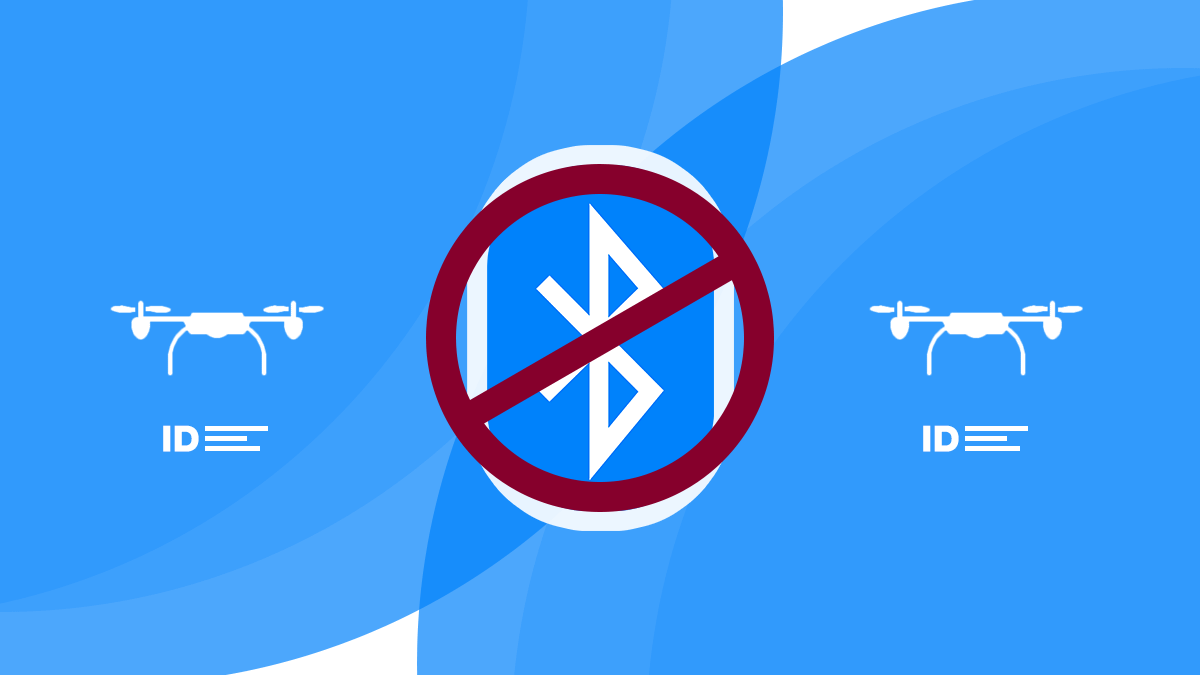 As you read this, the ASTM proposed standard for Unmanned Aircraft Systems (UAS) remote identification (RID) is up for F38 Committee vote for the second time this year.  It has until Oct 16 to be voted on by committee members.

I’m going to vote against it, again.

I don’t want to be one of those people who point out why things won’t work without offering an alternate.  So, I’m going to offer a solution at the end of this article, but I’m not going to jump to that just yet.

First, a very high overview of the proposal that I don’t think is any secret.  Much like we came up with in the RID Aviation Rulemaking Committee (ARC) report, the standard proposes two types of RID – Network, and Broadcast.

Network – refers to a signal that uses an underlying network.  The best and easiest example here is LTE or 5G, but other networks are possible as well, such as a satellite-based system.  The main item here is a dependency on an infrastructure relay for the signal to get from point A to B. 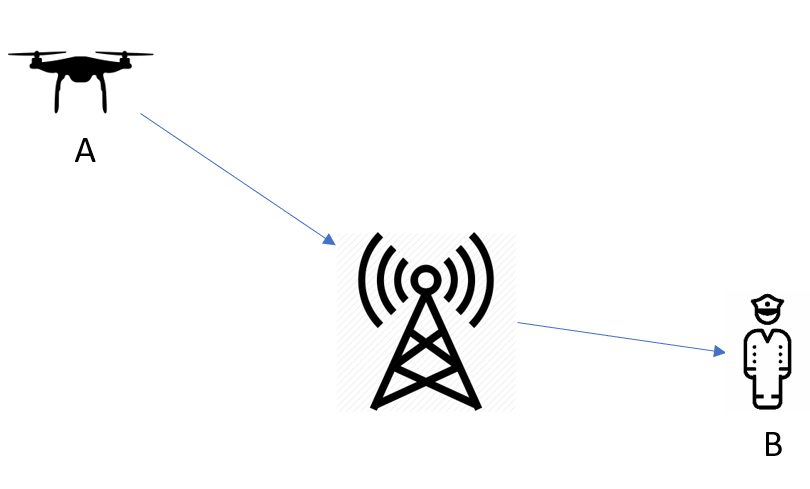 Broadcast – refers to a signal that is point to point without needing any underlying infrastructure.  Broadcast RID theoretically should work anywhere – in remote and urban locations.  Examples of broadcast technologies are CB radios, Bluetooth, Wi-Fi, Apple’s Airdrop, and ADS-B. Straight from Point A to Point B. It is worth noting that a Broadcast RID solution can be turned into a networked RID solution by building a ground infrastructure of receivers that feed a central UTM system, but it isn’t required to do so.

I’m not objecting to the Network portion.  While I don’t like the idea of adding a drone data plan to my wireless account, it’s probably inevitable.

I also strongly encourage the use of a Broadcast solution, which would be much more useful in Detect and Avoid (DAA) scenarios for providing awareness to manned aircraft at altitudes above the useful limit of LTE/5G.

My concern lies in the dependency on Bluetooth.  The concepts in the proposal are based upon the idea first introduced at Open Drone ID, which leverage the Bluetooth “Advertisement” messages which can convey a small amount of data without establishing a paired connection like we are used to doing with our headphones or vehicles.  Will it work technically?  There are some small-scale demos that have demonstrated the functionality.  Will it work at scale in a high frequency use environment like a crowded stadium?  I have doubts. Often your phone doesn’t even work in those situations – just check out this article called “Here’s why your phone stops working when you’re in a huge crowd.”  But there is a difference between scenario A where your phone is not working and it being an inconvenience to you, and scenario B where you have a national mandate which requires this technology to perform a security function that is designed to protect that crowd.  That is likely what we are facing with the FAA’s long delayed RID rule….a mandate for a technology that has no protections in itself.

Here’s why this is the case.

There are different types of licenses for frequencies that provide different levels of protection from interference.  Note that on a technical level, any frequency is subject to interference, but the license type affords a legal protection of sorts.  It shouldn’t come as a surprise that spectrum cost is directly related to the legal protection afforded to the particular segment used.

There are four general types of spectrum which could be utilized for RID applications.

So, the ASTM standard has chosen a technology that operates in a spectrum band (2.4GHz) that has no priority or right to operate there.  Many things operate in this general spectrum band, including Wi-Fi, cordless phones, and your microwave oven.  Just check out this Wired article called “Why Everything Wireless Is 2.4 GHz.” The ISM band is crowded, and nothing is guaranteed or protected.  For this reason alone, it would be foolish to mandate a national or international standard based on it – there is no-one to go after if it doesn’t work when your shampoo is being delivered to your 30th floor balcony in Manhattan.  In contrast, neither 5G nor LTE suffers from this particular shortcoming since they fall within the Licensed Shared Primary Use category – where there is legal protection and a coordinated system that forces applications to play well together.

By the way – in order to be complete, the ASTM standard also specifies a Broadcast RID based on Wi-Fi, which operates in the same frequency range and therefore everything I’ve stated above applies.

This topic is too important to not get right.  I can’t support it – even at the expense of a delayed RID rule.

OK, so what WILL work?

Here’s where I try to offer a solution, rather than just poo-pooing Bluetooth and Wi-Fi.

First start with the right frequency range.  For something of this importance, something that is supposed to provide the basis for the security system that all future drone regulations are built upon – how can you NOT move into Licensed spectrum?  It would be reckless to not do so, and if we go this route, we will be backing out of it within a decade and it will be a fiasco.

That is not a typo – it was not supposed to be “ADS-B.”  The idea of an “ADS-B like” solution for drones has been kicking around for years.  Of late, the term “UDS-B” has evolved – first probably as a joke – as the acronym doesn’t really play out – but the general message of “Unmanned ADS-B” is conveyed well.  Will it stick?  Probably not, but for now, I’m running with it.

Here is the gist of UDS-B:

Can this actually happen?  Yes!  uAvionix is leading the way.

The FAA recently approved uAvionix’s use of L-Band to test low and high power UDS-B prototypes in two U.S. locations.    Trials will start soon, and we will provide some updates as we progress. Check out our press release on the topic.

Here is the take-away: don’t build a national mandate on a fundamentally flawed standard.  It’s not ASTM or the F38 committee’s fault, the Terms of Reference (TOR) setting the ground rules set up boundaries that channeled us into the course of the Titanic.  A vote for it, in a desperate hope of moving it along, likely will soon prove it to be unusable and lead to backpedaling and further delay. It has to be done right the first time.

Christian RamseyPresident, uAvionix
Christian Ramsey is President at uAvionix. Formerly, he was a Deputy Program Manager on the FAA’s Surveillance and Broadcast Services (i.e. ADS-B) program. He is a private pilot and licensed UAS pilot under Part 107.