Performance Based Navigation for Drones

When I worked directly with the FAA as a customer, one thing I learned the hard way is that seemingly common sounding words or phrases have very specific (and sometimes loaded) meaning when spoken within the context of the FAA or aviation.  I have a feeling that Performance Based Navigation (PBN) is probably one of those loaded terms – so at my own peril I will venture forward to describe in my own layman thinking what I mean when I say there is something to learn here that we can bring into the unmanned aviation world.

Performance Based Navigation – without looking it up, I would have probably described it as something like this:

Those ideas are not that far off.  The FAA’s PBN website can be quite complex to decipher – but here is the FAA’s definition:

So – to sum that up, PBN is a combination of systems both on and off of the aircraft that affect its ability to navigate.

If you were to continue scrolling down the FAA page – you would then see that there are different levels of performance standards in order to accomplish different objectives.  For example, the requirements are different if you are using GPS to navigate across the ocean than if you are using the GPS to conduct an approach to an airport.  Makes sense, right?

Well, today – under Part 107 – there are really no performance requirements placed on the GPS receiver at all.  In fact, while GPS is mentioned only a handful of times over several hundred pages – it is more in general discussion than as stating a requirement.  Advisory Circular 107-2 mentions GPS only as a means for the pilot to monitor altitude and airspeed.

But what happens when we start to fly over people regularly, and beyond line of sight?  Don’t we want higher standards for the key piece of equipment onboard the aircraft that is telling the aircraft WHERE IT IS??

We at uAvionix think so.  That’s why we built, then TSO certified our FYXNAV GPS receiver.  If any of you readers know anything about the TSO process – you know it isn’t an easy or inexpensive process.  A TSO is the FAA’s way of defining standards, then testing equipment to those standards, and auditing the manufacturer of that equipment to make sure they live up to the quality and manufacturing capability to produce that certified high performing product.   Every. Single. Time.

Oh, and by the way – there is no such thing as a TSO for a GPS system for a drone autopilot.  So WHY IN THE WORLD would we put ourselves through that pain and expense to meet a TSO that may or may not be required or applicable?

Because a line has to be drawn somewhere.  No one else has done so.  Everyone is waiting for the FAA to put forth a requirement, then industry – after some gnashing of teeth will take 18-24 months to make a product that gets certified to that requirement.  Meanwhile, what we all hear from the FAA is that they want industry to bring forward solutions.  Someone has to take a gamble and push so we can all move forward.  Maybe our C-199 FYXNAV will be determined to be a good start, something to build from.

So –  what does FYXNAV give me that I don’t get from a non-aviation certified GPS receiver?

“Integrity”.  That’s one of those loaded, specific aviation terms.  Integrity for GPS is the measure of trust that can be placed on the correctness of data the system is providing.  It’s not the same thing as accuracy.  Integrity GPS (FYXNAV) monitors accuracy over time, monitors the health of the GPS constellation, and provides metrics that communicate a level of confidence to the pilot in command.

A discussion on integrity vs. accuracy will be the topic of our next blog post.

To wrap it up and bring it back to PBN.  We need PBN concepts when we move to riskier operations such as flights over people and beyond line of sight.  We need those higher performance standards.  It’s not ONLY GPS, but that’s a great place to start.  The industry now has a starting point with FYXNAV. 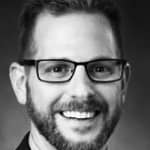 Christian RamseyPresident
“Christian Ramsey is the president of uAvionix. Formerly, he was a Deputy Program Manager on the FAA’s Surveillance and Broadcast Services (i.e. ADS-B) program. He is a private pilot and licensed UAS pilot under Part 107.”